Telephone cooperatives are an example of democracy in action. The independent telephone industry was developed throughout the country by farmers who were unable to receive telephone service in the small rural communities where they lived and worked. These farmers pooled their resources to establish telephone cooperatives.

As a DirectLink member, you can be assured that your local telephone company has had its members' best communications interests in mind every day of each year since 1904.

Canby Four-Line Switch has Grown Over the Years

In 1904, the local telephone service in Canby was provided by the Macksburg Mutual Telephone Association located in Macksburg. Within two years, demand for telephone service had surpassed the four-line switchboard. The switch was moved and upgraded to 50 lines in 1906. Residents of Canby paid association membership dues of $24 for phone service ($9 if they provided their own phone) and they could call to surrounding areas such as Molalla, Oregon City, Marquam, and New Era.

The Macksburg Mutual Telephone Association became the Canby Cooperative Association in 1906. It was managed by a paid board of directors. Employees were few in those days. A switch tender (operator) and a lineman served all cooperative members. The switch tender received $2.00 per member per year, and the lineman’s wages were 25 cents per hour. 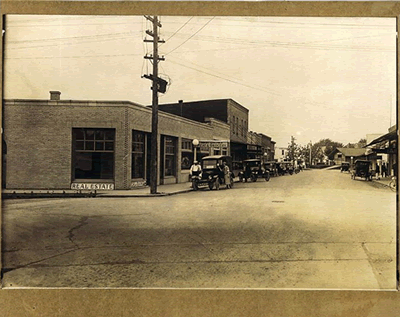 Nestled in the heart of the Willamette Valley, the city of Mt. Angel was founded in 1893 by German Pioneers. Local historians say the early settlers chose the site for its striking resemblance to rural Bavaria. In early 1910 as the village continued to prosper, Mt. Angel community leaders announced that they were organizing a local telephone company. In a short time they signed up 45 customers.