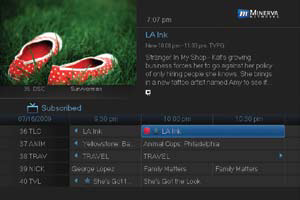 DVR (Digital Video Recorder) allows you to record programs digitally without the need for tapes or discs, as well as pause live TV.

Your DVR has 500 Gigabytes of hard drive storage. This will allow you to record up to 300 hours of standard definition programming or about 65 hours of high definition programming, or a combination of both. You can record one program while watching another at the same time. If you are recording two programs at the same time you can watch one of them, or watch one of your recorded programs from your DVR library.

Here is some of the basic information for recording and accessing digial video recordings:

Click on the link below to show more info 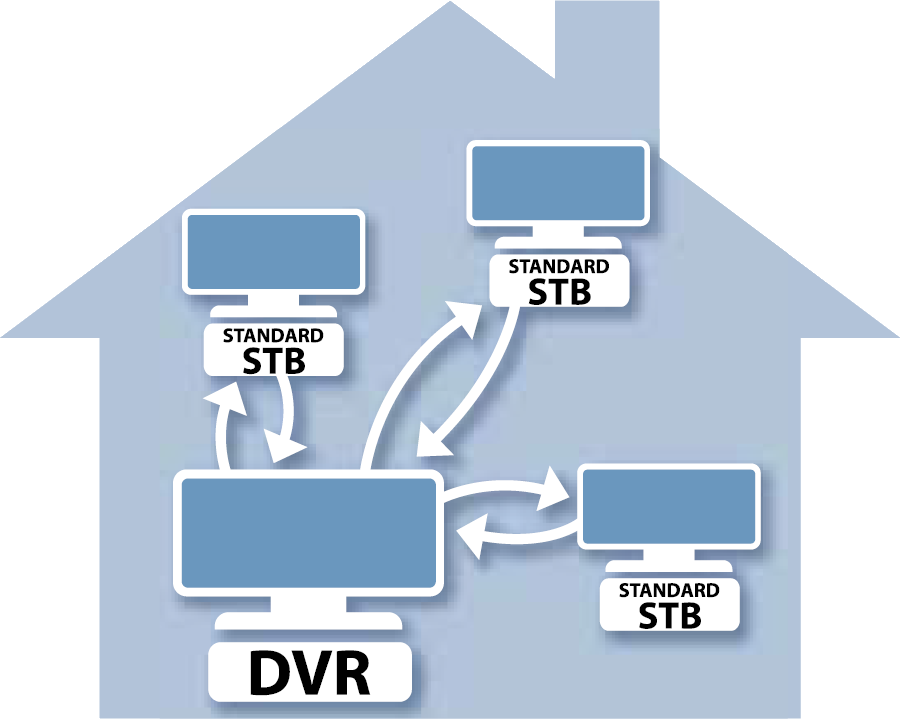 With Whole Home DVR all the Set Top Boxes in the household can record programs and view live or pre-recorded shows from any room in the house. You can also stop a recorded program in one room and continue watching in another.

means that the recorded program can be viewed from any set top box in the house and will appear to the left of the program’s name.